Why is Crypto Industry Moving Toward the Development of Web 3 Wallets?

As you can now see, cryptocurrencies have always kept an eye on the future. These were cryptocurrencies that were entirely digital and unbacked by any real objects when the world was still printing paper money. Additionally, as the globe transitions to a cashless society, cryptocurrency is migrating to the Web3 wallet.

We need to know what special web3 technology is adding to the wallet in order to understand why the cryptocurrency is going toward the development of web3 wallets. And in order to grasp it, we must first comprehend web3.

The third generation of the WWW, known as Web 3.0, is still in its infancy and lacks a clear definition. This allows for the platforming of services and applications on the web. Data is saved on the user’s device rather than a centralized server in this concept of a decentralized web.

As a result, data might be accessed more quickly and with more assurance of privacy and security. Additional customization of information and services, as well as increased user-app interaction, would all be possible with Web 3.0.

The development of a decentralized web, where data is kept on a server of computers rather than a central server, is also referred to as “Web 3.0” on occasion.

How are digital wallets benefited by web 3?

The Web 3 Wallet is just a digital wallet, but it comes with a lot of additional features and utilizes a contemporary decentralized web. Digital or crypto wallets can gain a lot from Web 3. Some of them consist of the following:

Digital wallet and Web 3.0 technology are combined in Web 3 Wallet. The next generation of bitcoin wallets, known as Web 3 wallets, is built on the decentralized web’s guiding principles. A Web 3 wallet is an electronic wallet that lets users transmit, receive, and store digital currency. The user’s account is connected to the wallet, which can be used to communicate with decentralized applications (DApps) on particular networks (currently the Ethereum network).

Ether and other ERC20 tokens can be sent and received via the wallet. The wallet allows the user to communicate with dapps running on the Ethereum network.

What was different between a web3 wallet and a crypto wallet?

A Web 3 wallet allows users to connect with decentralized applications in addition to storing cryptocurrency, whereas a crypto wallet only saves cryptocurrency (dApps).

Web 3 wallets are non-custodial and decentralized in contrast to conventional cryptocurrency wallets, which are frequently custodial and centralized. Users own their private keys completely, and no one else has access to or control over their cash as a result.

More Security: Since they are not vulnerable to centralized points of failure, they are more secure.

More Private: Since users are in charge of their own data, they are also more private.

More user-friendly: Because users do not have to go through a centralized exchange to purchase or sell cryptocurrency, web 3 wallets are frequently simpler to use.

There are numerous distinct web 3 wallets accessible, each with special capabilities of its own. MetaMask, Coinbase Wallet, and Trust Wallet are a few of the well-known web 3 wallets.

Web3 wallets can be categorized in two ways: first, according to how and where the public and private keys are kept, and second, according to their internet connectivity.

There are three different sorts of web 3.0 wallets if we categorize them according to how and where they store public and private keys.

There are three varieties of Web 3 wallets:

Software Wallet: Software wallets are low secure than hardware wallets because they are collected on a computer or mobile device.

Paper Wallet: Since a paper wallet is nothing more than a printout of a public and private key, it is the least secure sort of wallet.

The several Web 3 wallet types are divided based on Internet connectivity:

A hot wallet is an online-connected digital bitcoin wallet. Hot wallets are practical because they make transactions quick and simple. They are more susceptible to hacking, nevertheless, because they are connected to the internet.

It can be further divided into two categories:

Web-based wallets: The best illustration of this popular class of web-based wallets is Metamask. The majority of online wallets function as browser plugins. Users can communicate with the Web3 platform and send cryptocurrencies.

Mobile wallets: A great example of a mobile wallet is Trust Wallet. On their mobile phones, consumers may store and manage assets. A mechanism called Wallet Connect also allows users to communicate with the Web3 platform via their wallet.

A cryptocurrency wallet that is not online and thus not susceptible to hacking is referred to as a “cold wallet.” A physical storage device, such as a USB drive or a paper wallet, is also an example of a cold wallet.

The benefits of web3 wallets

Using Web3 wallets, users may transfer and receive digital assets while interacting with the blockchain. The following are some benefits of utilizing a web3 wallet:

Web3 wallets are simple to use, and new cryptocurrency users may set up their wallets in only a few minutes. Additionally, providing your public key makes it simple to check your balance or send tokens to another wallet.

The ability to secure your privacy with a web3 wallet development is one of its best advantages. You only need a specific set of characters and numbers known as a wallet address—a location where bitcoins can be sent to and from—to use any web3 platform. Any web3 app you use that has a wallet address also uses it as an identity.

Web3 wallets can increase your security and guarantee the protection of your funds. No one can access the wallet, not even the wallet’s developers. But use caution, and under never circumstance, divulge your private keys.

Web wallets are really easy to use. You can access your wallet from any location on the globe if you have an internet connection. They are, therefore, perfect for those who frequently travel or dislike carrying around a physical wallet.

The main issue at hand is: Why is Web 3 Wallet Development Moving Toward Crypto?

The development of web 3 wallets is being driven by the emergence of cryptocurrencies, which offer a decentralized method of managing digital assets. Users can control their own private keys and have complete control over their money as a result.

Web 3 wallets also make it simple to integrate with decentralized applications (dApps) and enable blockchain interaction without the need to set up a full node.

The development of Web 3 wallets is popular because of their features. With dApps, it offers users flexibility and connectivity. There are many more advantages to this drive toward crypto, but some of the biggest ones are as follows:

The capacity to hold several cryptocurrencies: A web 3.0 wallet allows you to store any other ERC20 token in addition to Ethereum. This is so because the Ethereum network provides the foundation for web 3.0 wallets.

Utilization of dApps: dApps are Ethereum network-based, decentralized apps. You can engage in dApp interaction with any web 3.0 wallet.

Enhanced security is one of the advantages of utilizing a web 3.0 wallet over a conventional online wallet. Web 3.0 wallets save your private information, which is why. 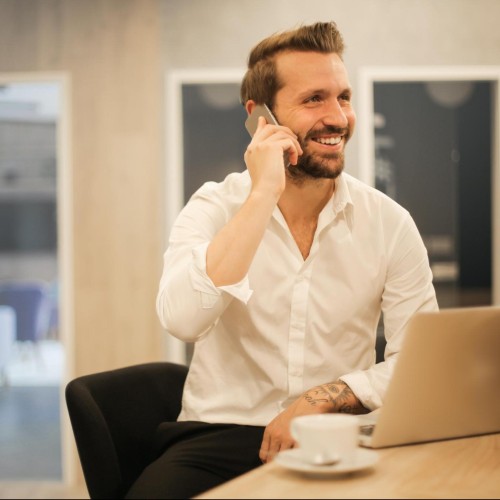